Where is the reply??

Amh, No words and no reason too

Activate my acc on discord and unmute me from freakin IOPR too wtf is wrong?

Hello Again. So this is the thing you’ve, been waiting for. My reply, Admins not included. As this is my 2nd account reactivation appeal, Im confused. In last application an admin closed the report reason “IORP DOSEN’T NEED TOXIC PLAYERS”. Alright you guyz banned me, Which was fare. But What for?. Admins wanna hear the word sounds ‘‘SORRY’’, from my mouth, But what for?. Saying that needs a proper reason. Which i and you (ADMINS) don’t have, If have then show me i ready to say it, Im ready to accept my fate. Deactivating my acc is like admins need that.

CLOSING REPORTS IN A SINGLE LINE = Sign of a bad management/Adminstrator.

Haven’t got any kind proofs any kinda player who is against me but then too deactivating my account = Kinda sounds (WANTEDLY) Admins haven’t got any proofs so they deactivated my acc ?

I miss those retard noob friends who DM me without any reason, Its like i got a bond with IORP, Sounds creeky i know but yeah that’s the truth

I recently got some messages from players of IORP saying we need you, I don’t deserve that trust but they do. Admins haven’t got anything against me so the reason is ‘‘TOXICITY’’ Maybe you admins are not aware of ‘‘TAMIL’’ players who trashtalk in /gc ? Because you guyz know ‘‘HINDI’’ the reason is toxiciy but no proofs how come you guyz can deactivate my account tho you guyz banned me for 1 month ?

Well, Rishi_Vashisht. This name will be always rocking in IORP

well, You could still ban me if you want. my friend who play iorp says if you haven’t done anything wrong but then too you say sorry there’s nothing wrong im it.

Player Level?: I really don’t remember that one

Date of Ban?: Not mentioned in ban

Reason why you was banned?: You yourself ain’t mentioned the reason? IDK why i was banned. But In first ban it was writtenned (Hostile)… Seriously?

Why we should Unban you?: Cuz maybe im a wrong person to get banned from this server, I really don’t deserve this. (Its upon you ) This is what admins ware waiting for

Why should you join?: Wanna be a part of it

Anything you would like to add?: Default skin for this gang

Have you ever been arrested? If so, please state why: NOPE ,i never got arrested

Do you have any history in working with Law Enforcement?: Yes in other servers

Why would you like to join the San Andreas Police Department? (100 Word Minimum): I will punish those retards,criminals who drive recklessley n criminals who lever let the city silent n put them in jail

Biography (100 Word Minimum): wanted to be a officer n work in it its my dream to become a cop

Rule’s broken: Open challenges on global chat ,and DM after doing rpmode, if they want to kill they just do /rpmode n DM everywhere ,Ruining 2 guys ruining the server n not letting players do their work

Description: DM everytime for no reason 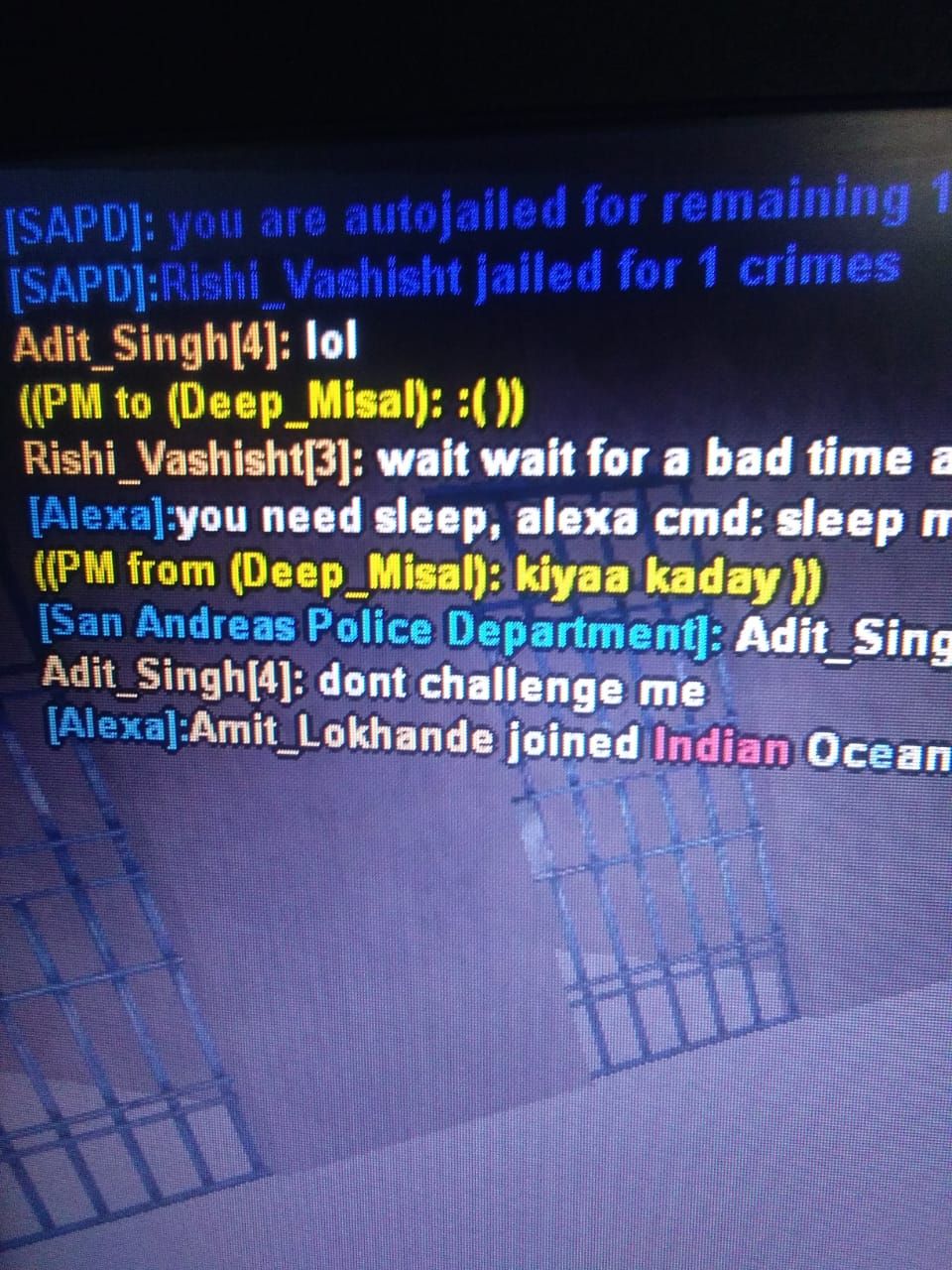 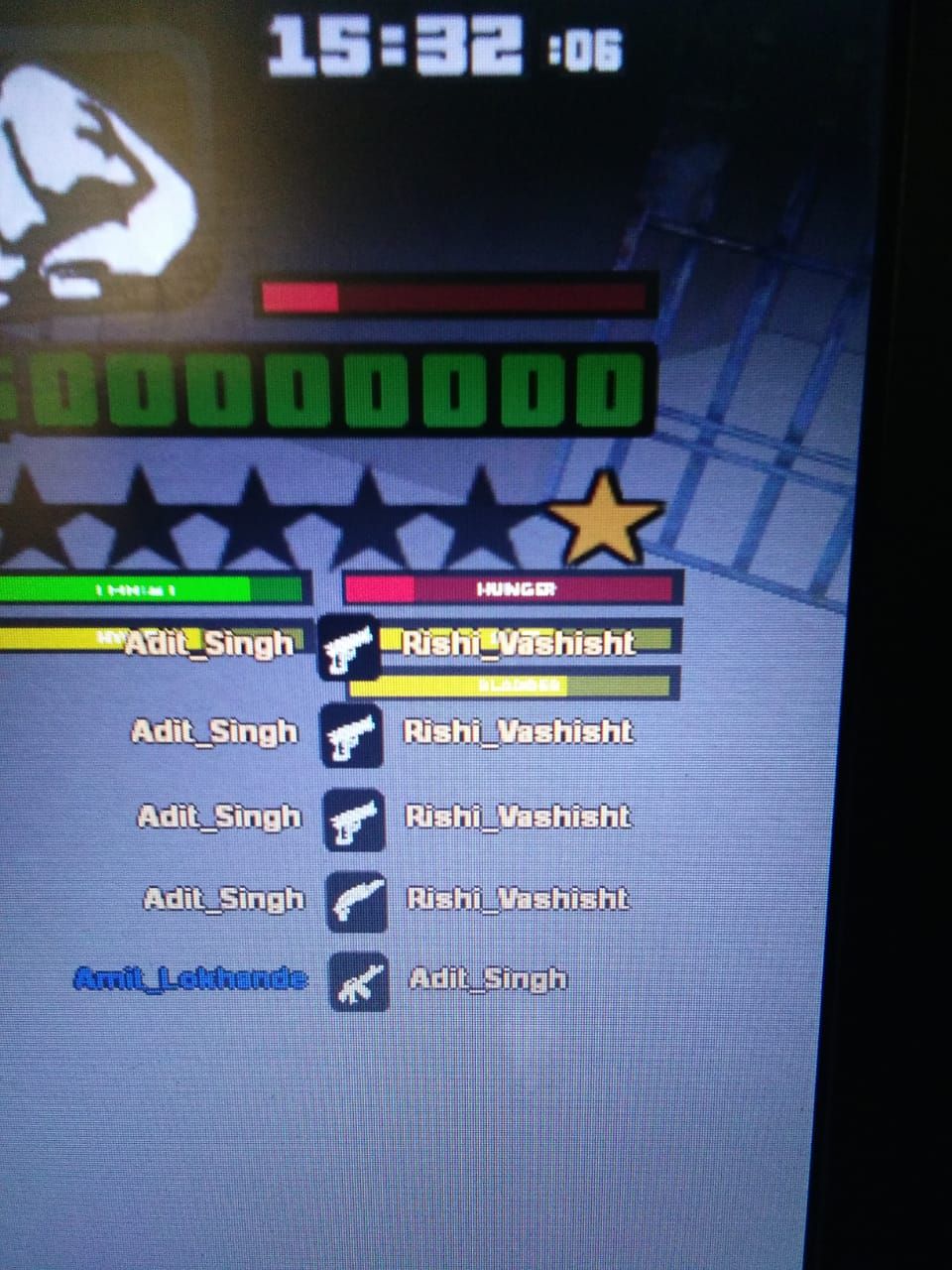 Have you ever been arrested? If so, please state why: NO

Do you have any history in working with Law Enforcement?: Yes,in other server’s

Why would you like to join the San Andreas Police Department? (100 Words Minimum): my childhood hobbie was to be come a chief of cop

Biography (100 Word Minimum): wanted to become a cop n punish those bluddy criminals who who crime over the city.

(THINGS TO BE ADDED IN SERVER)

24/7 (at many places)
in 24/7 (mask) (water) (boombox) (petrol tank) (vehicle repair kit) (puncture kit) (hotwire kit) (sprunk) (cola) (cigars) (joint) (cd player) (wristwatch) (walkie talkie) (spraycan) (rope) (blindfolds) (small backpack) (night vision goggles) (vehicle lock) (dice) (cellphone) (phonebook)
SYSTEM TO BE ADDED IN IORP.
(robbing system )
robable things (24/7) (players) (houses) (bunkers) (sclothing shops) (unlocked cars ,trunk) (banks) (vehicles) (atm’s) (cash if player has above 10k)
MISSIONS TO BE ADDED IN IORP.
missions (heist) (mini missions ) which increase our score .
THINGS TO BE REMOVED FROM IORP.
remove (/alexa yes)coz of non rp and looks unreal if we dm someone or kill someone cops should chase us thats real action. (sign and sign off system ) it should be permanant if we join a faction sign and off sysyem shd be removed.(shd never give a faction to a guy who don’t know rp nd rp rules ) there shd be a rp test after filling the forum application and pass the rp test if not reject the application.(abandoned vehicle charges )it shd be removed coz its unreal to rp and this is a open world server Who charges the stolen cars ?
THINGS TO BE ADDED IN IORP.
add (grotti dealership) (whore job) (trucker job) (pizza boy job) (detective job) (fisherman job) lawyer job) (street sweeper job) (bartender job) (garbageman job) (arms dealer) (drug dealer) (bodyguard job) (jym punching moves learning i bytton) (marriage system) (temple system as its indian ocean rp) (night parties at verona beach)
WHAT A NORMAL CITIZEN CAN BUY FROM HIS CASH IN IORP.
a player can buy (house) (cars) (office) (land) (buildings) (shops) (businesses)
AS ITS NEW YEAR GONNA COME REWARDS FOR NEWBIES AND OTHER PLAYERS AS FREEBIES
things can be given (cash 50k) (vip subscription) (reward cmmd working for 5 days)…and other stuffs .

Why should you join?: I wanna be a part of groove st families