Presidential Department Application by Vicky_Mendes
This topic has been deleted. Only users with topic management privileges can see it. 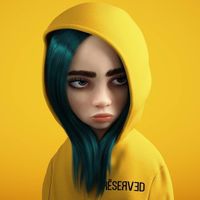 Have you ever been arrested? [If so, please state why]: No

Do you have any history in working with Law Enforcement?[if yes please state]: yes, i have been here for a long time while it was in BETA

State your contributions towards San Andreas. [if any] (100 words minimum): I have made a lot of contributions towards the san andreas, I have cleaned the city with Street Sweeper job and supplied fuel to the gas station while i was working in a fuel supply company, i did lot of robbery along with my company friends, Burnt a lot of Bus while we did a protest again the government and i forgot to say i have delivered a lot of couriers and supply when i was in Trucker employee and i did a lot of race events in this san andreas at last i helped a lot to increase the economy of this country

Why would you like to join the Presidential department at this post? (150 Word Minimum):
Let me explain why i want this job and why i want this post too. I want to join this presidential Department because its good respected one and which is highly demanded and changed job to do. Though its not that hard to do at the same time its not that easy to do. It gives all the feature as that police have and in addition to that it also have a lot of powers which is mainly it could enable me to give a order to other departments as well as to my department members this is looks very great and i want this president post because its a great titles like that and i don’t want to work under any boss so i like to make me as a boss. So i could play like a boss by kryptonite as a BGM for me and with this president power i could make anything possible

Biography (150 Word Minimum): Hello there, Myself Vicky and I’m from India. I’m an ECE student, learning programming languages . I’ve been also doing some part-time join to pay of my bills. I had interest in technology and web/game developing from the very beginning, still I’m not perfect, but I’trying to get good every single day. I’ve plans to travel to a country with less population (like Vatican City or San Marino) because I don’t like to be in a crowd, I’ll rather prefer to be alone, and I don’t like to talk too much. I have some problems like anxiety and panic disorders and because of that I’m in depression too, many times. About my samp life, I’ve been playing here , made many friends, a lot of fights and too many good memories, still miss them. I’ve tried to leave this game twice, but I can’t, I was playing from too long, that I can’t leave it now.

Selected as Secretary of State.
Warning: You can not apply for highest post directly, this wish can’t be fulfilled right now.

Selected as Secretary of State.
Warning: You can not apply for highest post directly, this wish can’t be fulfilled right now.