Server Rules
This topic has been deleted. Only users with topic management privileges can see it. 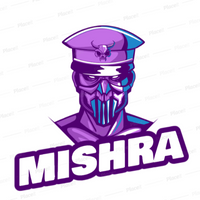 Our aim is to provide Fun and Entertainment to players.Its the responsibility of the player to be up-to-date of the rules as the rules can change while the server develops more.
Below are the server rules and guidlines which will help us to achieve out aim .

This is often abbreviated as “DM” and people known for deathmatch rule breaking are often abbreviated as “DMer”. This includes attacking other players without a realistic in-character reason such as out of character conflicts and disputes. This includes repeatedly killing another player for the same reason (even if the reason was valid for the first kill).

Revenge Killing (RK) - As the name suggests , this is when you attack another player who has recently killed you - taking revenge. Once you die you are not allowed to attack the same player again and take in mind that you have forgot your memory till 30 minutes . For LEO’s and gangs its an exception only when they are IC’ly told that you were unconcious and there is a active situation going on , then and only then you can go back.

Accepting death or Tabbed out method - his includes but is not limited to rejoining the server, minimizing (alt-tab) the game or leaving the game.

Scamming & Robbing - Scamming is when you offer a service or product to another player for a price. Once you have received the payment, you do not deliver your end of the deal.

Remember - If you are robbing or scamming , do it with proper Roleplay using /me and /do

Car Ramming - It includes Car Parking that is parking you car over other person to kill him or ramming is not allowed IC’ly.

OOC advertisements - OOC ads which are not related IC’ly are not allowed .

Gun Fear - You must value your life. If someone has a gun pointed at you, they are in control. You don’t know what that person’s intentions are and you must act as if your life is in immediate danger. Listen to them and do as they say. Some LEO’s might have special training to deal with these kinds of situations.

Common Sense - We all know that rules are designed to make sure the gameplay is as enjoyable as it can possibly be for all players. Just because something is not specifically mentioned in the rules does not mean it’s allowed. If your actions harm others, the server, or the gameplay in general you can be punished at the discretion of an administrator. We expect you to use a common sense!